This year is the 800th anniversary of Emperor Gotoba’s arrival on the Oki islands. A sword enthusiast, he invited the best swordsmiths in the land to the imperial palace in monthly rotation, and even took part in making and quenching them himself. These smiths became known collectively as the Gobankaji. It is thought that Emperor Gotoba’s participation in sword making resulted in the elevation in importance of Japanese swords, which resulted in their position as one of the world’s most iconic swords today.

The Shin-Gobankaji project aims to create a modern Gobankaji from an elite group of swordsmiths who represent the pinnacle of the craft in Japan today. In an effort to preserve and pass on these ancient traditions into the future, we hope to commission modern masterpieces from each of these master smiths and dedicated them to enshrined spirit of Emperor Gotoba at Oki Shrine, Oki Island, Shimane Prefecture.

What is the Shin-Gobankaji Project?
The Swordsmiths Sadatoshi Gassan
Return Gifts

What is the Shin-Gobankaji Project? 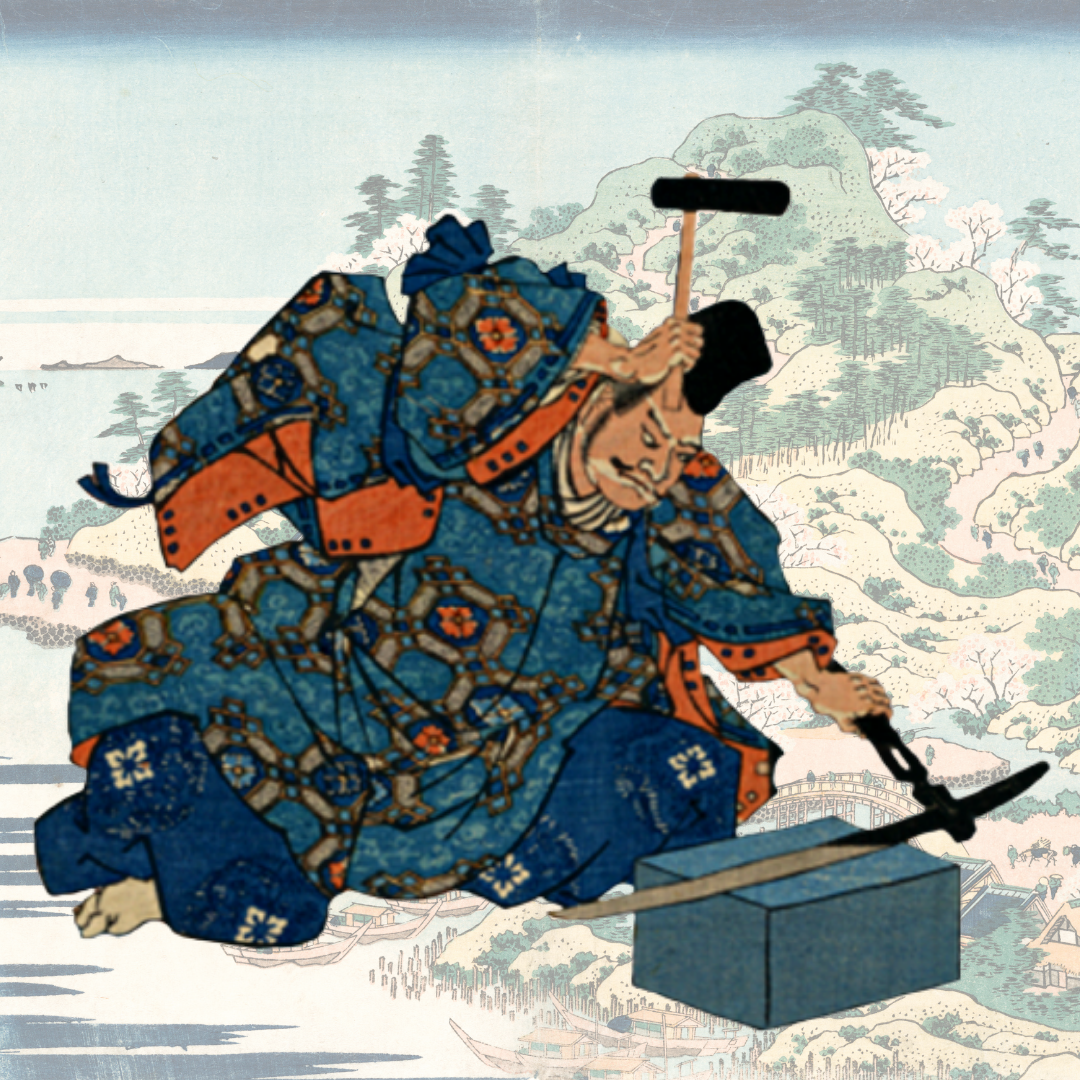 Following his deafeat in the Jokyo Disturbance of 1221, Emperor Gotoba was exiled to the Oki Islands (Shimane prefecture). He spent the last nineteen years of his life in Ama Town.

It is said that the Hojo Regent, Yasutoki, felt sorry for him and also sent him swordsmiths to Oki Island in bi-monthly rotation. These smiths were called the Oki-Gobankaji.

Emperor Gotoba’s story of his life on the island is still treasured and passed down from generation to generation today. He is known affectionately by the locals as, Gotoban-san. This year marks the 800th anniversary of his exile to Ama Town in the Oki Islands. To commemorate this anniversary several events are being held, including a waka poetry festival, a traditional Oki Bull-Fighting match, and the Shin-Gobakaji Project. This crowdfunding project focuses on the efforts of the Shin-Gobankaji Project. 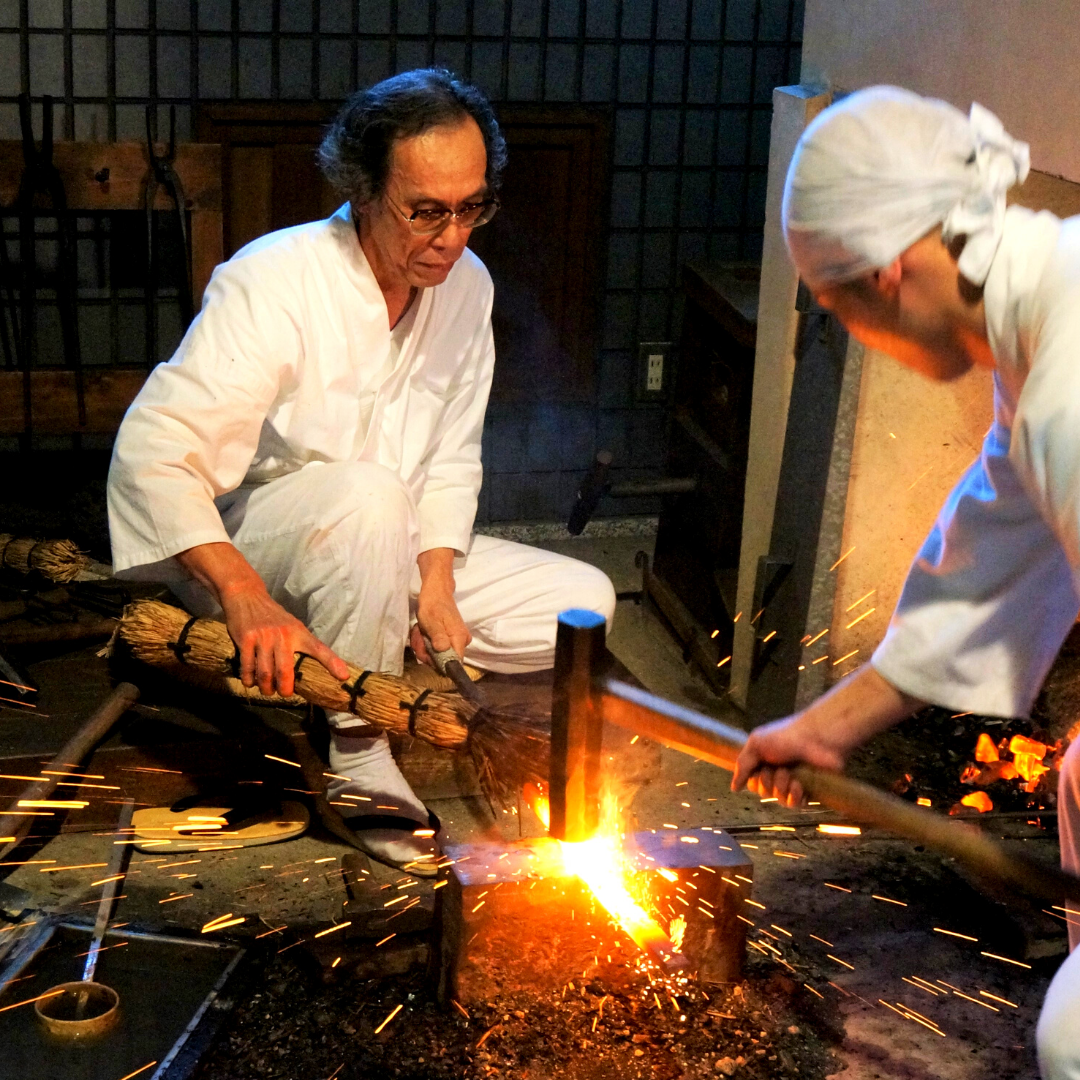 Another sword dedication event like this one hasn’t been held since 1939, which marked the 700th anniversary since his death. At that time a group of the finest swordsmiths of the era were assembled and devoted ten swords to Oki Shrine. These smiths became known as the Showa (1926-1989) Gobankaji. One of the members of the Showa Gobankaji was Sadaichi Gassan. He returned to the island with his son, Sadatoshi, in 1975. They performed a ceremonial sword forging ritual in honor of Emperor Gotoba.In honor of this tradition, the project intends to revive the Gobankaji into the present and propel it as far into the future as possible by creating a modern group of elite smiths and dedicating their works to Oki shrine. The swords will then be displayed at the Emperor Gotoba Museum for visitors from all over the world to be able to view.

If we can achieve our goal, we will be creating a valuable database of each generation of modern smiths works. The ideal realization for the project is to order one sword from each of the twelve swordsmiths (same number as the original Gobankaji) who were designated master smiths during the Heisei era (1989-2019). These twelve selected master swordsmiths will form the Shin-Gobankaji (Heisei version). The project aims to continue until all twelve swords have been made and devoted to Emperor Gotoba’s spirit in Oki Shrine.

The project officially launches with a ceremonial sword forging in front of Oki Shrine at the 800th Anniversary Festival of Emperor Gotoba’s arrival on the island on Saturday, October 16th, 2021. This time, master swordsmith Sadatoshi Gassan returns with his own son, Sadanobu. It is our hope that Sadanobu returns in 18 years-time to continue this tradition.

This is the first step of a very ambitious project that is acutely aware of its obligations of passing on this 800-year-old history and tradition to future generations for hopefully at least another 800 years.

We Need Your Help!

This is also your chance to take part in a historic event, help to preserve receive unique limited-edition commemorative items. Through your donations we can help to preserve and promote the various traditional crafts of Japanese sword making, while recognizing and celebrating the effect of Emperor Gotoba’s participation in sword making that has raised the Japanese sword up to being one of the world’s most iconic swords.
Tap to top 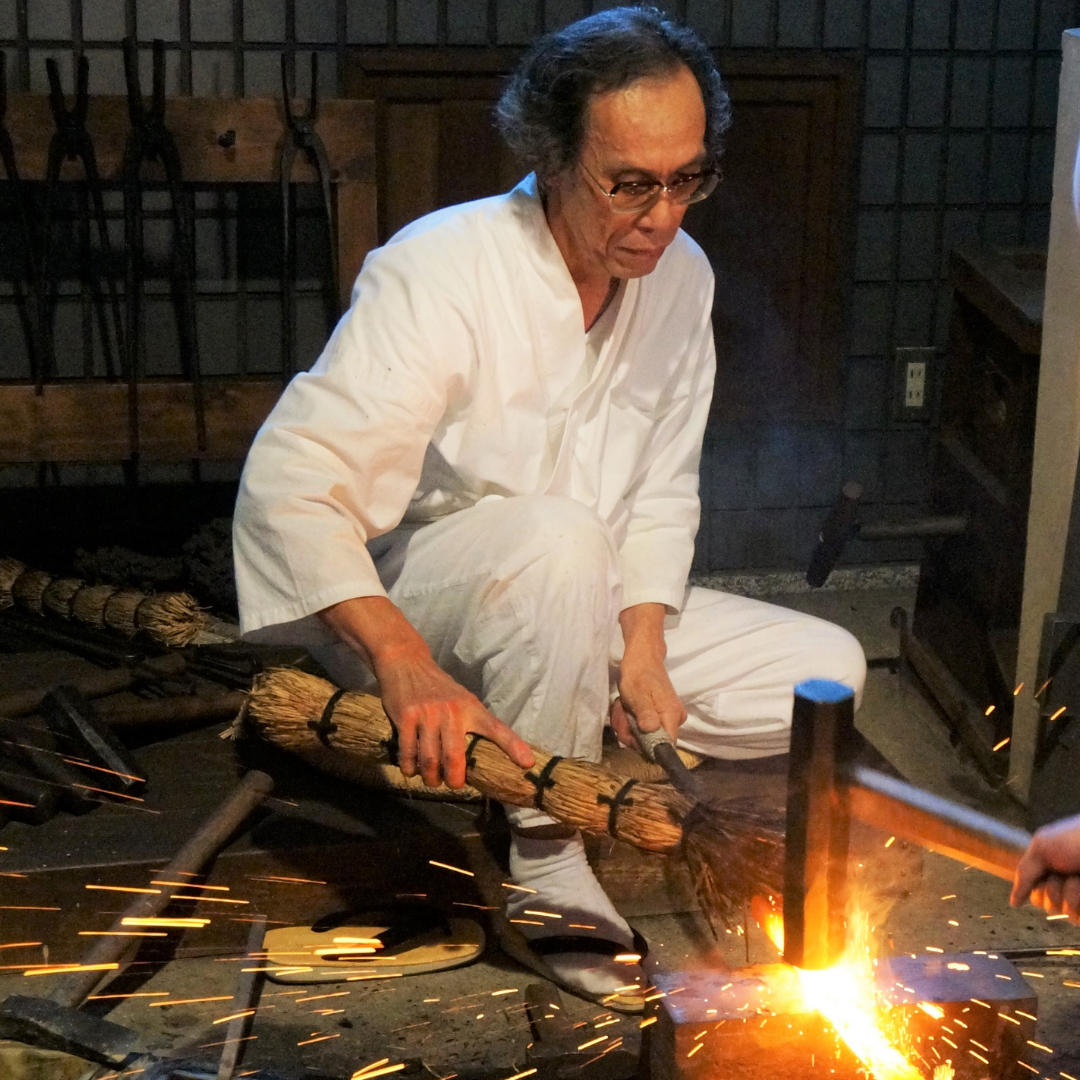 Sadatoshi Gassan was born in 1945 as the third son of Sadaichi. He was exposed to his father's work while in college and decided to become a swordsmith after graduation.

After receiving his swordsmith’s license from the Agency for Cultural Affairs in 1969, he went on to receive numerous special awards, such as the Prince Takamatsu Award, the Agency for Cultural Affairs Chairmans Award, and the Kanzan Award. He was designated as a master swordsmith when he was thirty-six years old. Currently, Sadatoshi is designated an Intangible Cultural Property of Nara Prefecture and is an advisor to the All Japan Swordsmith Association.

Sadatoshi is the fifth-generation head of the Osaka Gassan school. He has inherited the Gassan family techniques for making ayasugi-hada and decorative blade carving (horimono).  He has created many masterpieces that includes workmanship of various traditions, and has actively faced the challenges of include his own originality in his swords and blade carvings.

Sadatoshi has produced sacred swords for many temples and shrines, as well as swords for Yokozuna Sumo wrestlers. He is very active both in Japan and overseas, with his works included in the collections of the Museum of Fine Arts, Boston, and the Metropolitan Museum of Art in New York. He has produced many students and is focused on the development of his son and successor, Sadanobu Gassan. 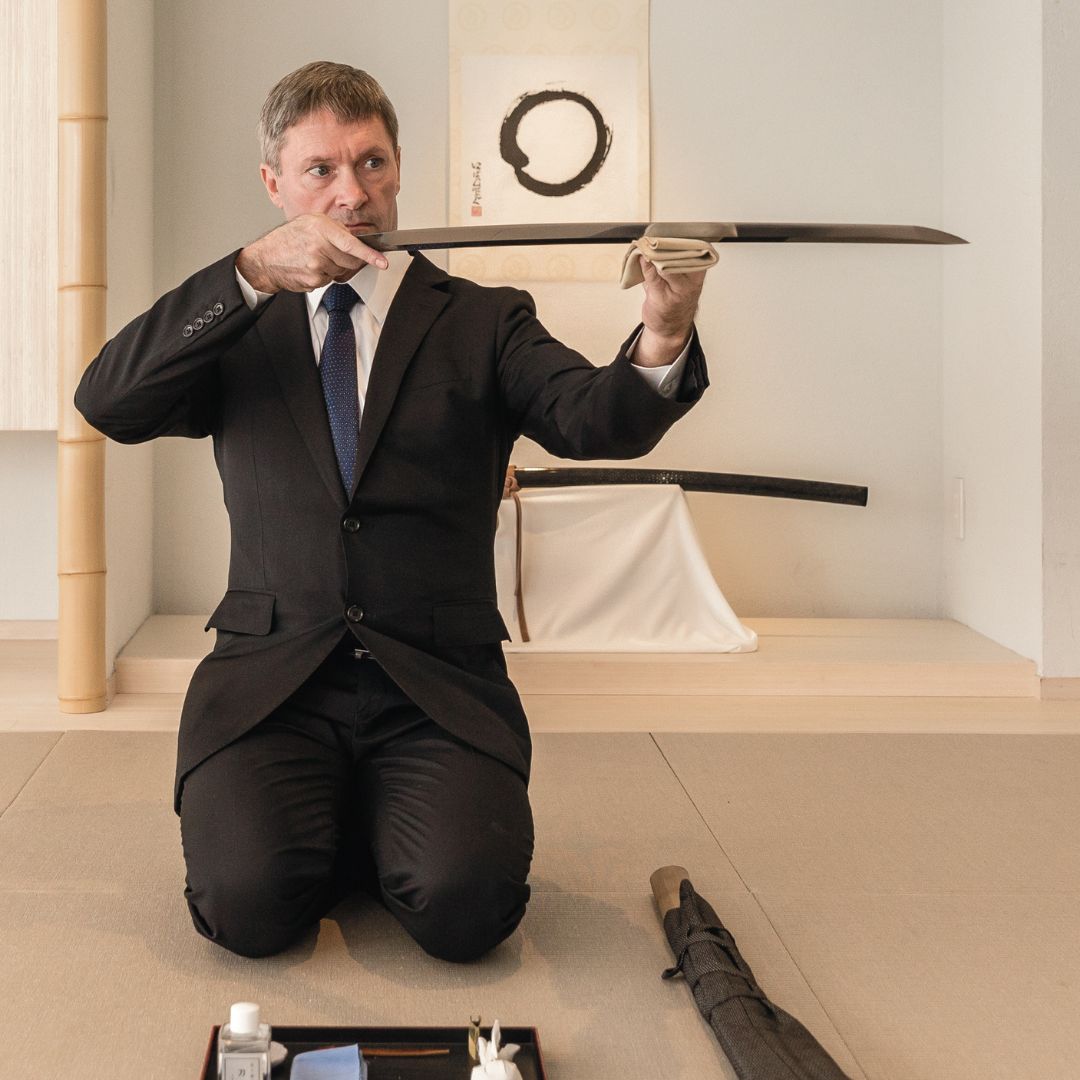 Paul Martin is a former curator at the British Museum in London, a trustee of the Society for the promotion of Japanese sword culture (NBSK) and a recognized specialist by the Ministry of Infrastructure, Transport and Tourism (MLIT).

Concerned for the future of Japanese sword making crafts and Emperor Gotoba’s legacy, he proposed the plan for the revival of the Gobankaji and will be coordinating and curating the commissioning of swords for the project.
Tap to top 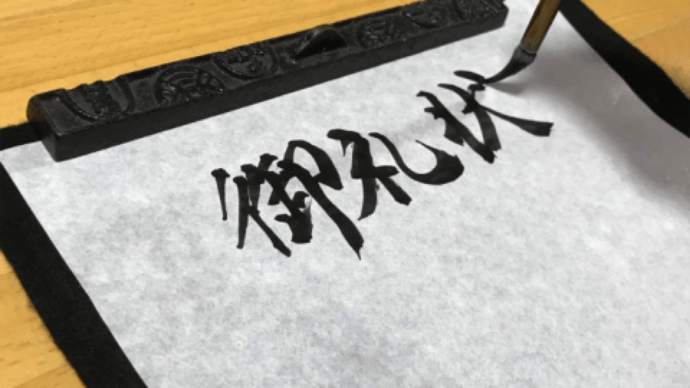 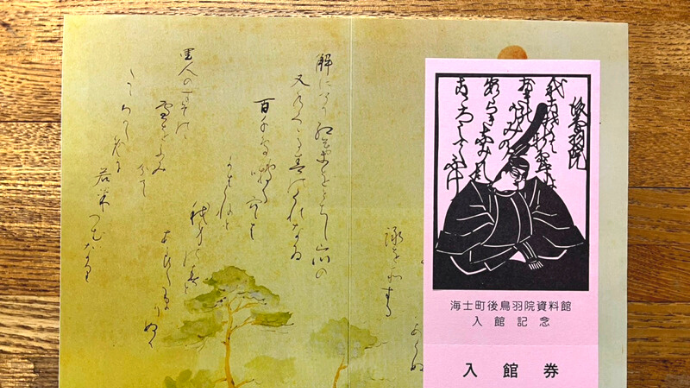 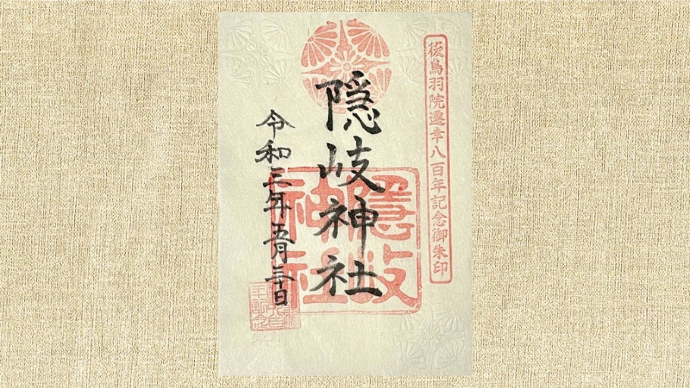 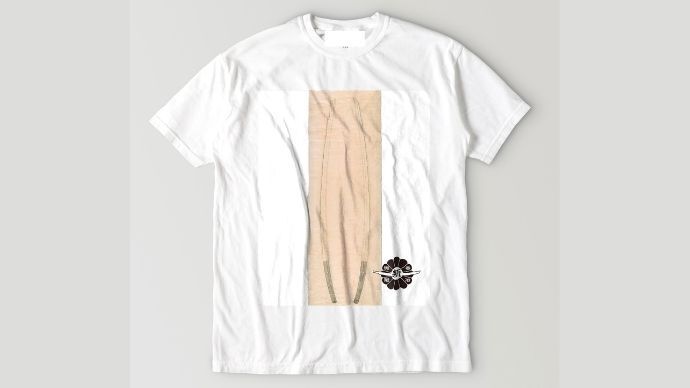 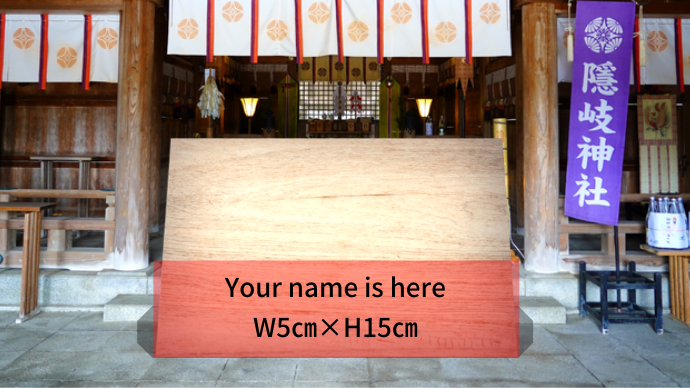 Your Name Inscribed on Memorial Plaque（S Size）
Your name listed on a commemorative site.
You can become a part of history! Your name will be inscribed on a small sized memorial plaque that will be stored in the shrine vaults along with the sword. 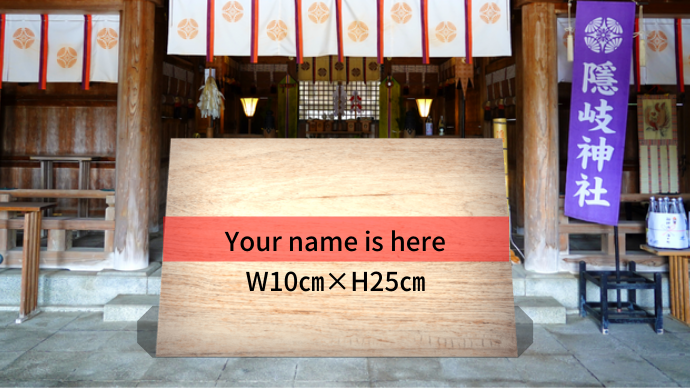 Your Name Inscribed on Memorial Plaque（M Size）
Tenugui
Your name listed on a commemorative site.
You can become a part of history! Your name, or club/dojo/company name will be inscribed on a medium sized memorial plaque that will be stored in the shrine vaults along with the sword.
Plus, a goshuin (shrine seals and calligraphy on a postcard sized piece of traditional washi paper with embossed crests) and a commemorative Tenugui Hand Towel Printed with oshigata of Gassan Sadatoshi’s sword
※Tenugui production can only commence after completion of the blade and oshigata. 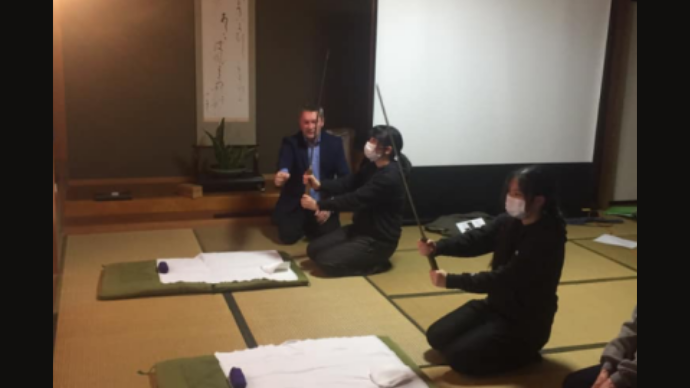 Take Part in the Maintenance of the Showa Gobankaji Swords.
A special opportunity to take part in the care and maintenance of the swords donated to the shrine in 1939 at the Emperor Gotoba Museum, in Ama Town, Oki Islands. Reservations will be for March through May, 2022. 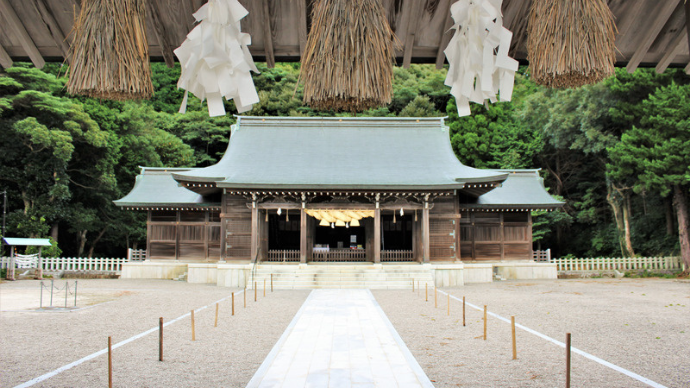 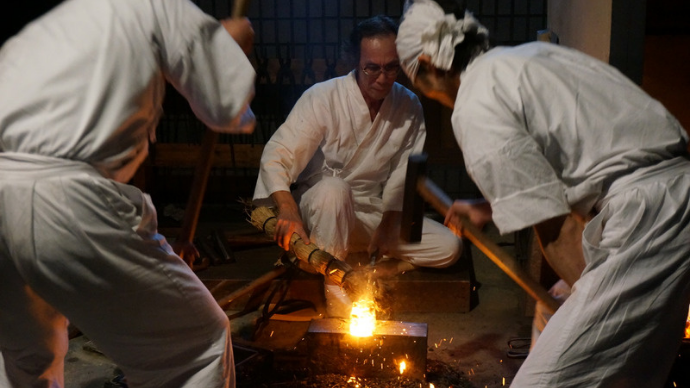 Your Name Inscribed on Memorial Plaque (L Size)
Commemorative Tenugui Hand Towel with Print of Sword Oshigata
Your name listed on a commemorative site.
Certificate of Gratitude (on traditional washi Japanese paper in a special design)
You can become a part of history! Your name, or club/dojo/companyname will be inscribed on a large sized memorial plaque that will be stored in the shrine vaults along with the sword.
Plus, a goshuin (shrine seals and calligraphy on a postcard sized piece of traditional washi paper with embossed crests) and a commemorative Tenugui Hand Towel Printed with oshigata of Gassan Sadatoshi’s sword 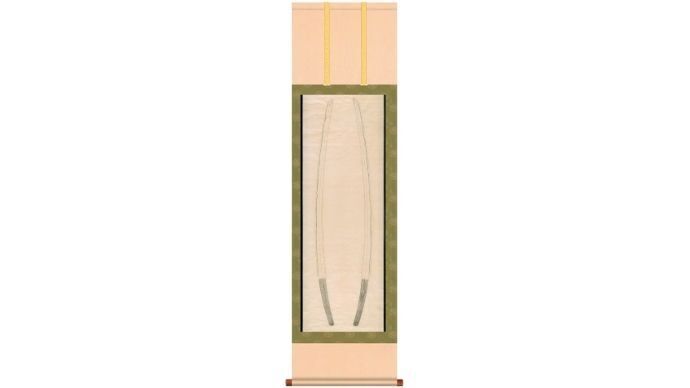 A Commemorative Oshigata Hanging Scroll
Certificate of Gratitude (on traditionally handmade Japanese paper with special design)
For your donation you will receive a commemorative hanging scroll with an oshigata of the completed sword. 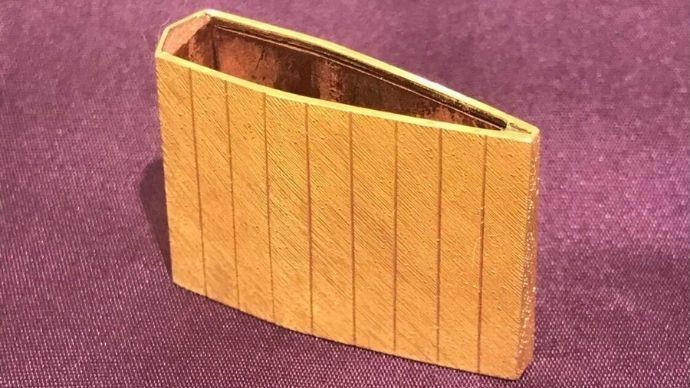 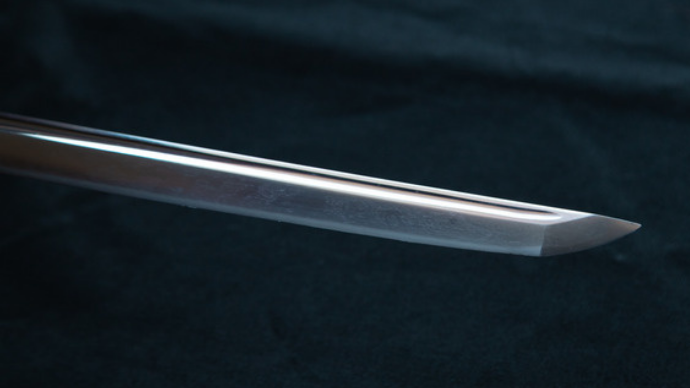 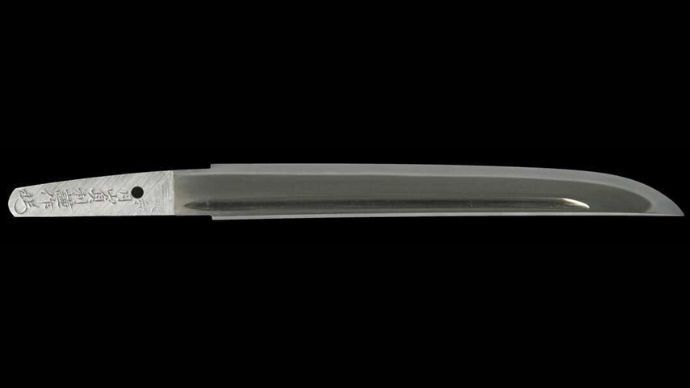 Commemorative Tanto (Dagger)
Invitation to the Devotion Ceremony
Your Name Inscribed on Memorial Plaque（L Size）
Certificate of Gratitude (on Traditional handmade Japanese paper with special design)
Donation: 4,000,000 JPY
The tanto will be made from the same tamahagane raw materials as the sword made as part of the Shin-Gobankaji Project commemorating Emperor Gotoba’s arrival on the Oki Islands. This is your chance to own a once in a lifetime commemorative dagger from a historic event.
Tap to top